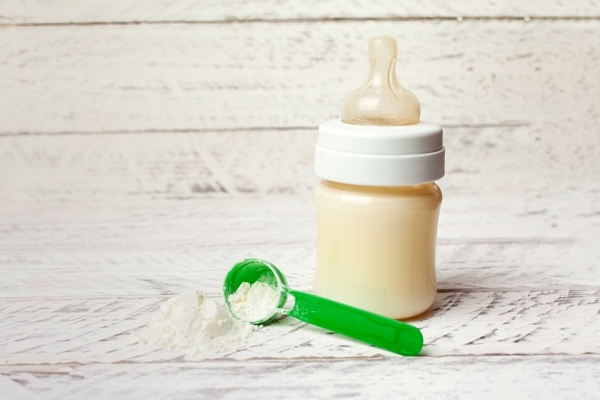 The bellwether selection process for infants who contracted necrotizing enterocolitis from baby formula has begun. The judge presiding over the MDL concerning lawsuits against cow’s milk-based formula manufacturers has identified eight out of the possible twelve cases that qualify for early trial dates. Now, the court awaits the defendant’s four picks, at which point the judge can create an official bellwether trial schedule. Through these bellwether trials, attorneys will gain insight as to how juries will respond to claims that cow’s milk-based formula gave preterm infants necrotizing enterocolitis.

Some mothers cannot breastfeed, or sometimes babies cannot latch, but baby formula can supplement the essential vitamins and nutrients required for infant growth. Cow’s milk-based formula accounts for roughly 80% of the formula sold. A majority of manufactured formula contains cow’s milk that companies alter to resemble breastmilk to assist in the development of infants. While there are alternatives, such as soy-based formulas and protein hydrolysate formulas, cow’s milk-based formula dominates the market.

Furthermore, cow’s milk formulations are easier for infants to digest if human milk is not available. Companies treat the milk by heating it to make the protein more digestible for babies.

Although cow’s milk-based formula is the predominant substitution for human milk, families claim this formula caused their babies to fall ill with a severe gastrointestinal disease known as necrotizing enterocolitis (NEC). Lawsuits allege popular brands like Abbott Laboratories’ Similac and Mead Johnson’s Enfamil gave dozens of preterm infants NEC and even led some to succumb to the devastating disease.

NEC is more prevalent and hazardous among premature infants. In babies afflicted with NEC, the intestine can no longer hold waste, which opens the door for bacteria to pass through the bloodstream and abdomen. NEC causes the intestinal tissue to inflame and even die, resulting in life-threatening perforations of the intestine. The gastrointestinal disease is still the leading cause of death among preterm infants, proving fatal in approximately 50% of cases.

Per Judge Pallmeyer’s bellwether “program,” 12 NEC trials will undergo case-specific discovery to create a bellwether trial schedule. Four cases selected by plaintiffs, four randomly selected by the court, and four chosen by defendants will comprise the 12 potential trials. According to an order filed on October 20, 2022, the plaintiffs and the court have already identified their cases. The defendants have until November 23 to submit their four lawsuits.

Of the court and plaintiff picks, six cases represent Similac claims, and two concern Enfamil formula. Two of the cases chosen by plaintiffs involve babies who died within only months of being born from NEC complications after being fed cow’s milk-based formula.