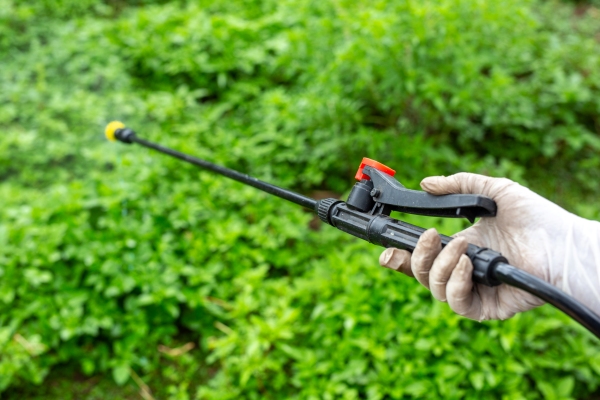 Plaintiff attorneys in the federal multidistrict litigation surrounding Roundup are urging the presiding judge to resolve the litigation either through a global settlement or by returning the cases to U.S. District courts. For years, Monsanto and its owner, Bayer AG, have battled lawsuits claiming the weedkiller, Roundup, causes cancer. After several bellwether trials over the course of six years, it seems there is no end in sight for Roundup plaintiffs in the MDL. Attorneys representing plaintiffs are now pushing the judge for a global settlement or a kickback of cases to their original courts.

The Judicial Panel on Multidistrict Litigation created the Roundup MDL in 2016. These thousands of lawsuits allege that using the weedkiller Roundup can result in forms of cancer such as non-Hodgkin’s lymphoma, leukemia, B-cell lymphoma, and multiple myeloma. People, both residential and commercial, have applied Roundup for decades and argue that prolonged exposure to the herbicide has harmed the health of countless individuals.

Throughout the six years, the MDL has seen plaintiff and defense verdicts. Thus far, a total of seven bellwether trials have taken place, producing two victories for plaintiffs and five instances of the defense prevailing. The first bellwether trial occurred in 2019 and led to a jury verdict of $80 million. This $80 million verdict consisted of an astounding $75 million in punitive damages. In the second bellwether trial, the jury awarded the plaintiff a staggering $2.055 billion to a couple who used Roundup and were later diagnosed with large B-cell non-Hodgkin’s lymphoma and non-Hodgkin’s lymphoma. Additionally, outside of the MDL, a San Francisco groundskeeper won a state court trial that gave rise to a $289 million sum, later reduced to $78.5 million.

After these considerable plaintiff verdicts, Monsanto/Bayer settled roughly 80% of cases for $10 billion in 2020. Despite this settlement, nearly 30,000 cases are still pending in state courts and another 4,000 in the federal MDL. Bayer attempted to resolve future Roundup litigation for $2 billion, but Judge Chhabria has struck down this offer twice. Rather than directing its efforts toward a sufficient global settlement, Bayer has focused on taking the two prior bellwether trial verdicts before the Supreme Court. The company hoped the high court would overturn the rulings, but the Supreme Court has denied reviewing the decisions.

In a statement earlier this month, plaintiff attorneys in the federal MDL have urged Judge Chhabria to conclude the federal MDL through a global settlement or dissolve the MDL. However, Monsanto/Bayer has neglected to make any significant attempts to settle the MDL. Coming off of its fifth bellwether trial victory, Monsanto/Bayer wants to continue legal proceedings in the federal MDL. Regarding the MDL status, Bayer recently stated, “Monsanto intends on defending itself in the litigation and will only consider resolving outstanding current cases and claims if it is strategically advantageous to do so.” Therefore, since Monsanto refuses to enter a fair global settlement, plaintiff attorneys have requested Judge Chhabria to return cases to U.S. District Courts.

While Monsanto/Bayer has won the last five consecutive bellwether trials, there are several upcoming Roundup state trials in the next few months.