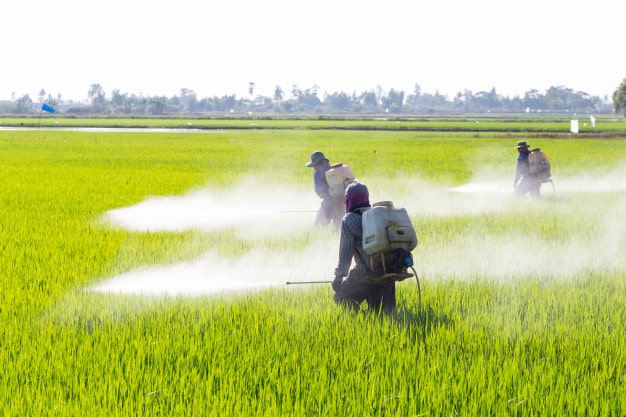 This year, 2021, is turning out to be a big year for mass tort cases. A potential mass tort is rapidly developing this year and could be more dangerous than Roundup. Paraquat is known to be harmful to people and can potentially cause serious health issues. Read on to find out more about the developing lawsuit and how Paraquat is allegedly harming people.

Paraquat dichloride or “paraquat,” is a chemical herbicide that many farmers and companies use for killing weeds in massive amounts. The herbicide also goes by the name Gramoxone (a popular end-use product), and it is one of the most common herbicides today. However, Paraquat is being found to be highly toxic, harmful, and is causing major health issues to people.

When a person inhales Paraquat, it can be highly toxic and causes serious issues almost immediately. After one ingests or inhales a large amount of paraquat, a person can develop serious injuries. The most common way of Paraquat poisoning is ingesting it by eating or drinking something that is contaminated with the chemical. It can also affect people who work with or around the chemical by breathing the chemical in substantial amounts.

There are many symptoms of Paraquat poisoning such as:

Furthermore, there can be even worse experiences days or even hours after Paraquat poisoning, such as:

The long-term effects of Paraquat are being linked to Parkinson’s disease. There are many instances where people studied Paraquat to look at toxicity levels, such as:

After studies into Paraquat, due to alleged harmful effects, there are now people filing multiple lawsuits against the makers of Paraquat. Currently, the main manufacturers involved in the Paraquat lawsuits are Syngenta and Growmark.

In 2017, farmers and other agricultural workers began to file a lawsuit against the makers of Paraquat after exposure to the herbicide and allegedly developing Parkinson’s disease. Recently, an official MDL for the Paraquat will take place in the Southern District of Illinois. Additionally, we are seeing many developing Paraquat cases which will result in a very large mass tort this year.

It is important to note that every 15 years the EPA reviews all herbicides to make sure they are safe and up to date with federal safety standards. The EPA began reviewing paraquat in 2017 and has until October 2022 to decide on its future use.